Among the various dental problems encountered in young and adult patients, one rather serious one should be noted crowded teeth.

This phenomenon is an anomaly of development characterized by a lack of space for the physiologically correct location of the teeth on the jaw. It manifests itself through the wrong angle of rotation of individual teeth with respect to most teeth of the dentition and / or their piling on each other, or in the eruption outside the arch. 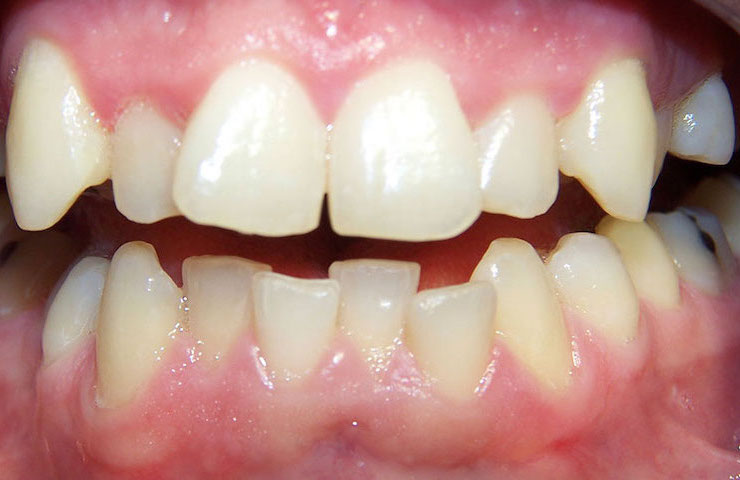 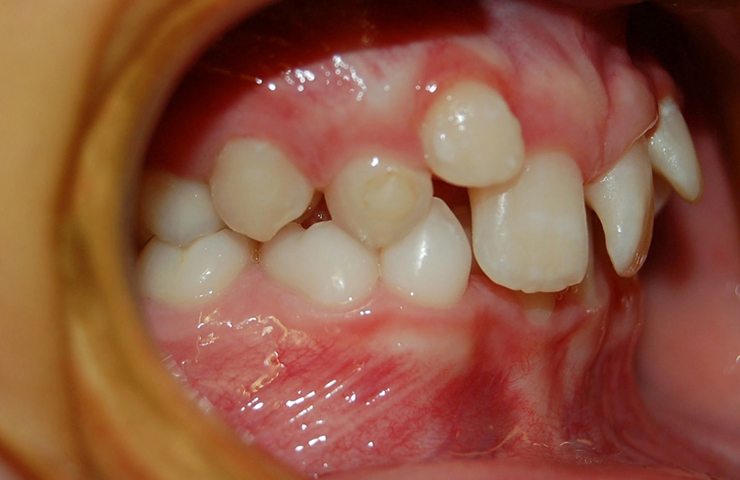 There are three clinical forms of crowding of teeth:

Incorrect tooth positioning usually occurs on both jaws, but may require different treatment approaches. In case of untimely medical care or lack thereof, the degree of crowding increases over time, which greatly complicates and increases the duration of treatment.

What is the cause of the pathology?

A common cause of crowding is the growth of wisdom teeth, or the so-called &quot;Eights&quot;. As a rule, “eights” appear at the age of 17-25 years and, surprisingly, often for them there is no free space in the jaw.

During teething, such teeth usually take the wrong position with respect to their neighbors and cause an unwanted tooth shift in the entire dentition.

The teeth can be set in the dentition and are pushed onto each other.

As a rule, insufficient jaw size is associated with a genetic predisposition, lack of solid food in the child’s diet, infantile swallowing, the presence of extracted milk teeth, and the presence of adenoids, due to which the oral type of breathing forms.

Treatment of crowded teeth in children

Preventive examinations of children in the orthodontist must be carried out from 6-7 years of age. And perhaps we can effectively deal with them. To stimulate growth and development, simple but effective designs (apparatuses) are used. As a rule, in such cases a special plate with screws is used, which can be removed and cleaned. 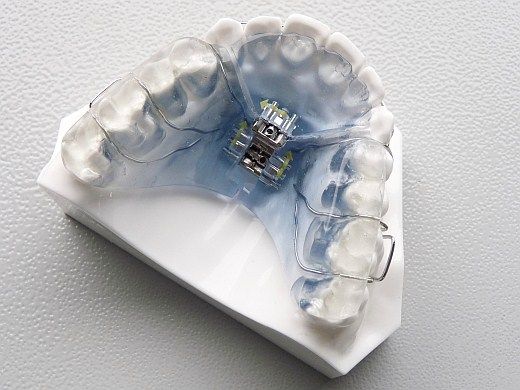 In cases where it is difficult for a child to strictly comply with the doctor’s instructions for various reasons, and the constant wearing of an installed device is problematic, it is possible for a specialist to solve the problem by constantly fixing a fixed structure.

In this case, orthodontic appliances are attached to the teeth using a special glass-ionomer cement, which provides reliable fixation and saturates the tooth tissue with fluorine, thereby strengthening tooth enamel.

This type of apparatus has been used for many years and has proven its high efficiency. The combination of the design features of this device and medical steel prevents the accumulation of food and plaque under it, and ensures hygiene and ease of use and cleaning.

In adolescence, a combination of removable devices and braces is also often used to treat crowding problems. 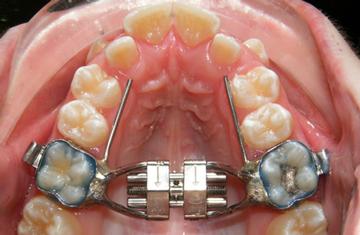 The relationship of crowding and wisdom teeth

There are many cases where straight teeth bent under the influence of erupting wisdom teeth. In cases where there is not enough space on the jaw for eights, or when they occupy the wrong position, doctors recommend removing wisdom teeth, which practically eliminates their further negative effect on the dentition.

If there is enough space for the location of the wisdom teeth, then there is no need to remove them, since they will fully and effectively participate in the chewing process. 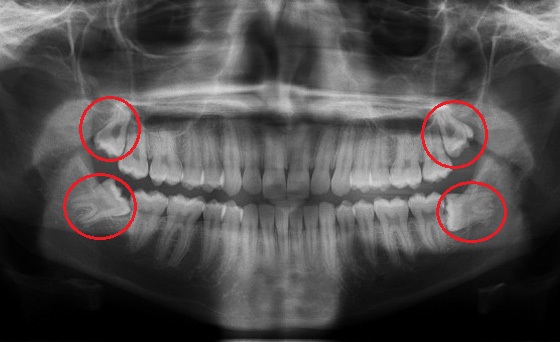 Braces are effective in eliminating crowding in children and adults of almost any age. The conditions for successful treatment are, firstly, the end of the formation of the roots of the patient’s teeth, which falls on the 11-12 year of life, and secondly, the presence of healthy bone tissue in which the teeth will move. To create a place for teeth to be moved, orthodontists use special expanding devices, their combinations with braces, stripping of the lateral surfaces of the teeth (separation, slight grinding of the surface layer of the tooth), distalization and, in severe cases, the removal of individual teeth. 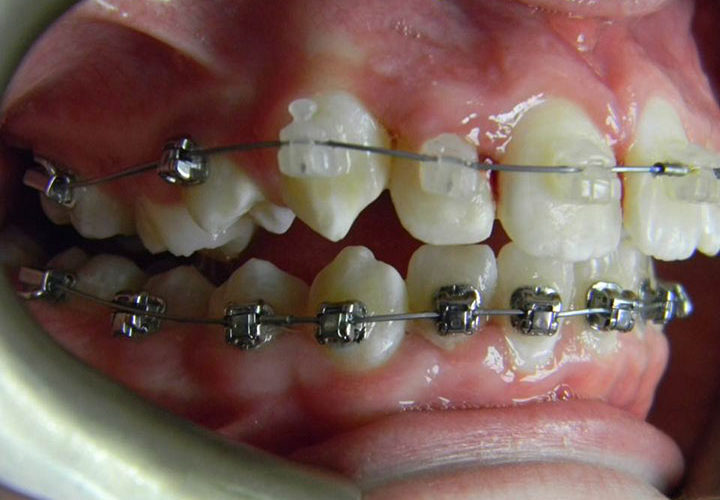 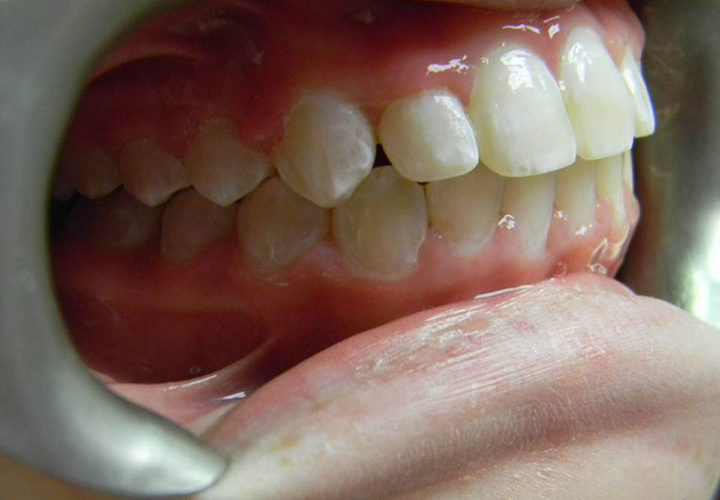 What happens if you leave it as it is?

A lot of plaque remains on the crowded teeth, which cannot be removed even with the most careful care of the oral cavity. As a rule, plaque is a favorable environment for the development of pathogenic microflora and contributes to the emergence of the so-called tartar. In turn, excessive deposition of plaque and tartar leads to inflammation and bleeding of the gums, the occurrence of a number of periodontal diseases, contributes to the development of caries, often hidden, which leads to tooth decay and inflammation of the nerves.

Crowding disrupts the bite and closure of the teeth: the teeth are in constant overload and excessively erased. Due to the presence of constant chronic inflammation and trauma to such teeth and mucous membrane, exposure of the roots of the tooth occurs, exacerbated by the problem of their mobility.
Complications caused by crowding include the occurrence of clicks and pain in the temporomandibular joint.

We hope that we were able to give a basic idea of ​​the seriousness of the problems caused by crowding of the teeth and the need for quality and timely treatment. Also, we are ready to provide high-quality and comfortable orthodontic treatment for patients of any age. 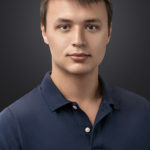